Spanish is a Truly Global Language 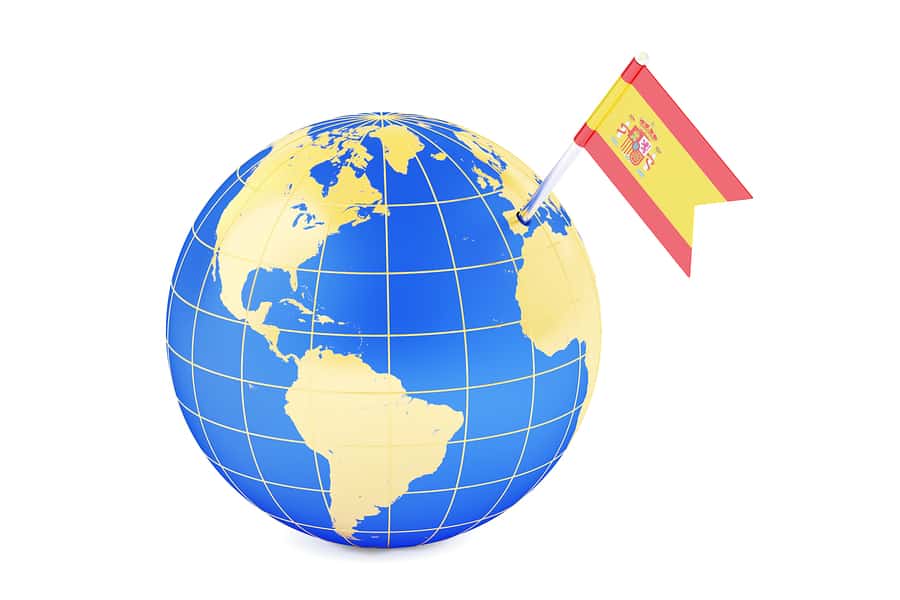 Often, people forget the influence of Spanish, but Spain as a coloniser spread the language around the western hemisphere in the 14th to 15th centuries, doing its very best to displace indigenous languages. Today, twenty-one countries have adopted Spanish as their official language. This means Spanish takes second place as one of the most widely spoken global languages. Chinese languages take the lead. In the United States alone there are at least 41 million who speak Spanish as their primary language, while 12 million consider themselves to be bilingual. Overall, more than 400 million people throughout the world speak Spanish.

Spanish in the United States

By 2050 the biggest number of Spanish speakers in the world is expected to be in the United States. At the moment more and more university students in the country choose to study Spanish. In fact, Spanish is studied more than any other language in the country.

Spanish and the internet

Today, platforms created by social media are how customers are influenced to buy products. This is where well-known brand names like Pepsi, Nestle and Coca Cola show their presence. Their main languages for communication include Spanish which they use to target customers in Spanish speaking countries, of which there are 377 million of them throughout the world.

Spanish and the global business sector

Research by Telefónica Foundation discovered that bilateral trade increased by a whopping 290% if Spanish is used in international commerce. Businesses fill a gap if they turn to Spanish translations as a marketing tactic. Results of the research have shown without a doubt that the majority of internet shoppers prefer to use and buy from online companies which showcase their products in their own native language.

Translating between English and Spanish is not easy

As with many language translations, ensuring English content fits into a Spanish context is not an easy challenge. Spanish can be difficult because it is more closely related to Portuguese and Italian Romance languages, which is not the same as the Anglo Saxon root that English comes from. Apart from that, there are other difficulties faced by translating Spanish.

If you run a business and you believe you have lost opportunities because you did not realise that Spanish was so important, there is no better time than now to incorporate Spanish into your marketing plan.
You need to look through translation companies online and find one that suits your requirements. One key consideration is locating one that can showcase Spanish business translations. That means one that has Spanish translators who not only understand the corporate environment but understand how localisation and transcreation are important in the global marketing environment.
The best translators are the ones who hold advanced degrees in Spanish and can seamlessly translate because they fully understand how Spanish works in different countries. Of course, if you want to channel your marketing to Chile, for example, it helps to ask your chosen translation company if they have a Chilean Spanish translator.
Spanish is not exactly the same in every Spanish speaking country. A native Spanish translator from Argentina knows how to use Spanish in their business sector better than a translator from Spain.

Translation companies match you with the right Spanish translator

If your business is selling vehicles to Spain, your chosen translation company will match you up with a Spanish translator from Spain who specialises in the auto industry. This makes for a more accurate and faster translation. A specialised translator will have all the required technical language close at hand to use in your translation. You should never accept an offer of a translator if that person has neither experience translating in your field nor to your targeted Spanish speaking country.