What is a Transcription Error? 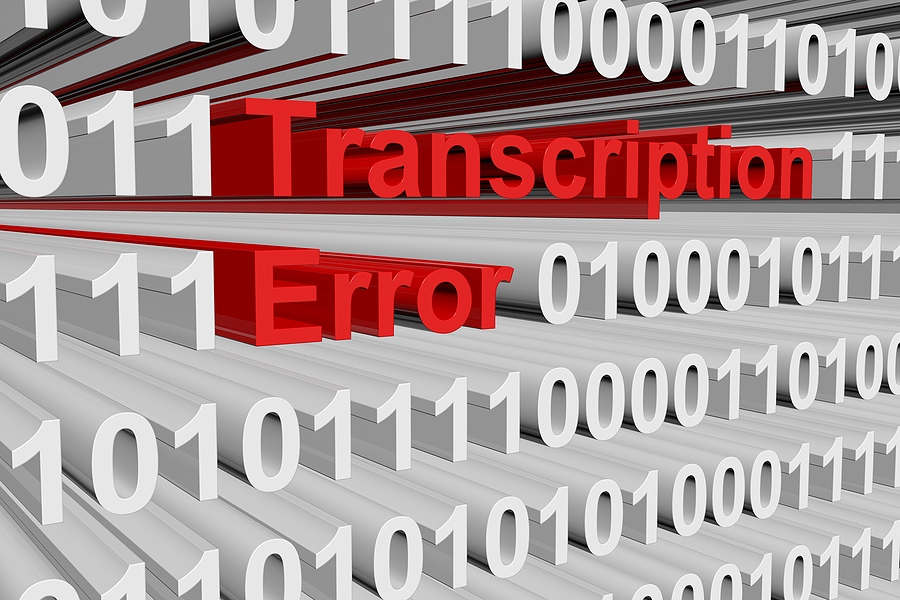 With these two examples of the use of transcripts, it’s important that the transcripts are of high quality and error-free. For some reason, transcription errors do take place which could be due to insufficient understanding of the conversations recorded by the transcriber or the limitations of the software used for the job.

Each day, large amounts of information are transcribed by transcribers and it is often important for them to work at a fast rate which means mistakes invariably take place. In a few cases, the incorrect letters are imputed. For example, writing Jul instead of July. The transcript’s accuracy can be determined by measuring the rate at which transcription errors take place. The total number of deletions, substitutions, and insertions divided by the total number of the words gives the transcript’s accuracy.

What are the differences between transcription errors made by humans and those made by machines?

Computers are unable to comprehend language to the same extent as humans. So when given a task the computer will match up whatever input it has received with what is available in the existing database. When new pieces of information are encountered the computer will be unable to interpret them correctly. Also machines often incorrectly read unusual and untidy handwriting. Humans work entirely differently as they are able to quickly put text into the right context. However, they have a greater tendency to mistype. Therefore human-created transcription errors tend to consist of misspelled words and even at times absent characters. Overall, machines are most likely to misunderstand input while humans are most likely to input data incorrectly.

How to decrease the occurrence of transcription errors?

To stop transcription errors from taking place a good process for quality control is important. Just implementing some spell-checking software could reduce greatly transcription errors taking place. Another method employed often is called double data entries which can be used if many people are involved in transcribing the same material and they can then compare their transcriptions so that any errors should be caught.

With errors that involve numerical data, double data entries work very well. However, because double data entries require at least two separate transcribers, it is more expensive to use. For the individual or smaller organization, these extra costs might be too much so high-quality software should be used instead.

With the right transcription service, you can greatly reduce them

In the first place if you get the right professional transcription service this will result in fewer transcription errors being made which in the end reduces the workload.