What is the Difference Between a Copyright, a Patent & a Trademark? 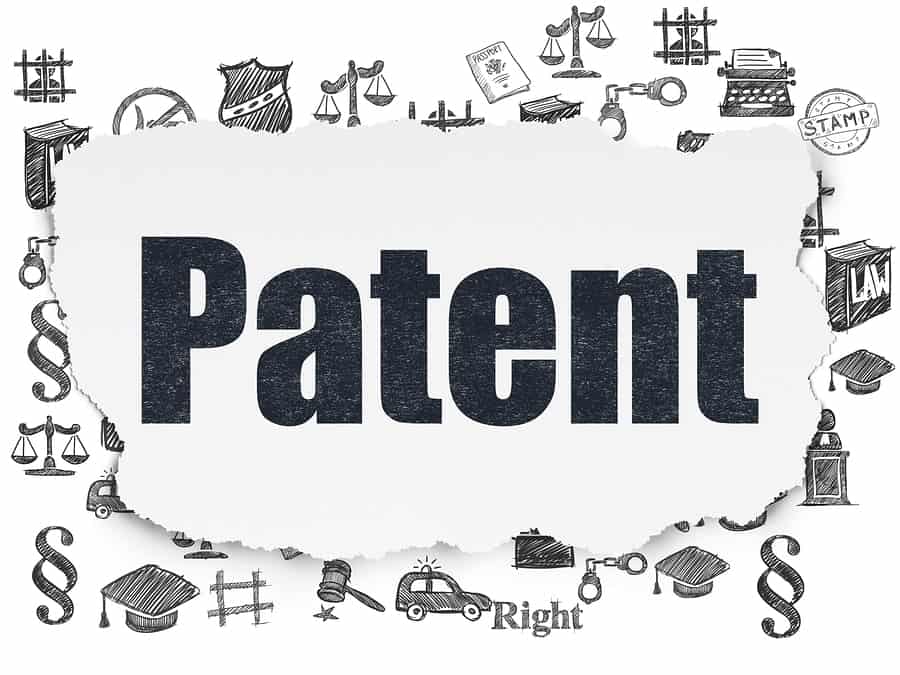 There are some differences between a trademark, a patent, and copyright, but they are all about individual and business rights to exclusively own and market an idea or product they have created. Patents are used for inventions, while copyright is more to do with protecting someone’s literary and artistic skills. A trademark is used for symbols or slogans a business might use to set its product or service apart from competitors. Patent and copyright laws encourage individuals and businesses to be creative, as it’s hard according to the law for others to willfully use these inventions and creations.

There are significant copyright and trademark difference in that copyright extends mainly to people’s talents while trademarks are to do with the symbols and marks a business uses to differentiate its product from everyone else’s.

A patent is given to an inventor after he or she has invented something novel so that no one else can legally use the idea. Patenting is designed to promote inventors who have invented something that’s not only unique but also of use to society. In the U.S., the Patent and Trademark Office (USPTO) hands out a patent only for an invention that meets set criteria.

What Does the Word ‘Patent’ Mean?

There are 3 types of patents which are:

How Does an Invention Qualify to be Patented?

In order for an invention to be eligible for a patent, it has to attract two characteristics, which are for it to be “novel” and also “non-obvious.” What is meant by the novel is that there aren’t any other inventions that resemble it in at least one of its features? In addition, it must not have been sold or used publicly, or have attracted a patent by a different inventor within 12 months of the patent application date.

An invention may be considered non-obvious if the person who has the skills to invent it stated that the invention was both surprising and unexpected. Patents can be granted for a novel industrial process like the molding of rubber objects which are dependent on a mathematical formula and using computer software. Patents won’t be granted for anything that is likely to be unsafe.

Examples of Items That can be Patented.

There is no real definition of items that can attract a patent as anything can be eligible as long as it’s been made by a human including the process used to make it.

How to Apply for a Patent?

There is a set procedure that an inventor should follow before being eligible for a patent. An application needs to be filed within 12 months after the invention has been publicized. It’s typically quite normal to undergo a patent search before starting the patent process. A fee needs to be paid for the application and if the patent is granted there will be more money to pay as well. The government is responsible for publishing the invention’s description.

Once a patent has been granted it can be fixed for anything up to 20 years. As soon as a patent has passed its expiry date it’s possible for anyone to use the invention.

Someone who has used the invention without permission could face a lawsuit filed by the inventor. The compensation could include damages calculated based on the amount the infringer would be expected to pay in royalties had he or she come to a formal agreement with the inventor to use the idea.

If the new invention is likely to spread globally details of the patent should be translated into the languages of those who might be interested parties in the invention so they know they aren’t entitled to reproduce it.

Copyright protection does resemble a patent but it is confined to certain types of works only, which include photos, paintings, movies, literary works, live performances, and software. In fact, a dictionary definition states that copyright covers a person’s right exclusively to reproduce, sell or publish what he or she has produced original work in the fields of music, literature, drama, the arts as well as architectural work.

Why There is Copyright?

The main aims of copyright laws are to offer protection to the effort, time, and creativity of someone’s creation. Once work is covered by copyright the owner has the right to reproduce it, expand and add to it, sell or lease it, and if the person is a musician play the work publicly and it can be displayed if its artwork. He or she can also transfer their rights over the copyrighted product to anyone else they choose. There are exclusions from copyrighting a creative work and that’s if the creator has been paid to do it as part of being employed by somebody else. For example, if a person is employed to write articles about a company, the copyright owner is the owner, not the writer.

It’s not compulsory in the U.S., for example, to register with the country’s Copyright Office to get copyright protection for a work. However, if you find someone has stolen your idea it makes it easier to file a lawsuit if your product is registered. Even though it’s not a requirement it’s useful to issue a copyright notice as this tells anyone who’s interested in your work that it is copyright protected and you are the owner.

Copyright covers the specific forms of expression you have created but not the ideas that led to its creation. For example, say a comic writer depicts a specific named character who is a nice guy. The name of the character cannot be copied, but the idea of depicting a different character as a ‘nice guy’ is not covered by copyright.

Copyrighting your idea means you legally own it. It’s important that a legal translation of your copyright document is translated by qualified and experienced legal document translation services. The languages that are used will depend on who you expect might to be interested in your product. If you don’t translate it then others who don’t speak your language won’t know you own the idea unless of course, they can speak your language.

Trademarks are allocated for logos and symbols that are unique to a company or product. Some businesses want customers to remember their products so they develop a unique symbol or other identifying marks that make the product stand out from the rest.

A trademark not only gives the trademark owner the exclusive right to make use of their unique mark, but it also allows the owner to prevent others from using a mark that’s the same or similar which means a potential customer can easily recognize the trademark. This doesn’t mean another company can’t sell the same product but they just can’t use the same trademark. For example, anyone can cook and sell a beef burger on a sidewalk stall but they can’t use the McDonald’s logo to market it. Rights to use a mark are established by the company using the mark in a business or commercial setting. In the USA, it’s not compulsory to register a trademark, but in order to be better protected from potential thieves registering it with the U.S. Patent and Trademark Office is desirable.

Advantages of Registering a Trademark

A business or individual still has rights to a unique symbol or mark if it’s not registered. However, if it’s registered the owner of the mark has an affirmed right to file a lawsuit in the federal court if there is proof that the mark has been used by someone else without permission.

In this globalized world, products and ideas travel far and wide so it’s important to clearly advertise ownership of a symbol or mark that is used for a product so others don’t steal it. This means translating the information concerning the trademark to all the languages of those who are likely to be interested in the trademark.

There are some differences between a patent, copyright, and a trademark, but the legal processes for each have something in common and that’s they help to protect the rights of those who have invented and created their own products.

Each of the three designations helps to stop other businesses and individuals from using ideas that other people may have spent thousands of dollars and hours researching and creating. This also applies to sing other singers’ songs without permission and substituting names on an artist’s work or putting one’s name on poems and novels that were written by someone else.

The difference between trademarks, copyright, and patents is to do with the way inventors and artists create new ideas and trademark is to do with the use of unique marks to identify a product. Patent and copyright laws encourage individuals to respect the rights of others to be creative and contribute to society. Overall, to emphasize the rights given to inventors and artists it’s their responsibility to register with the appropriate agency to ensure they can file a lawsuit if their rights are breached.